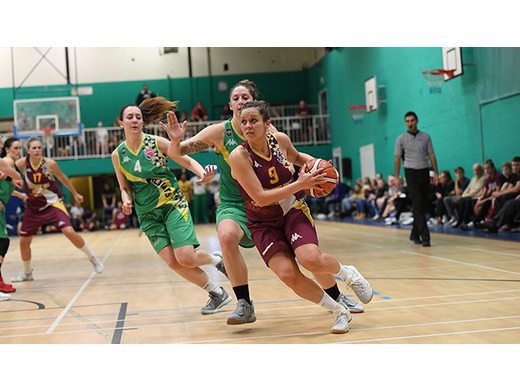 Welsh star Shanahan to be an Archer again

Cardiff Met Archers have tipped off their recruitment campaign for the forthcoming 2018-19 WBBL season by returning the Welsh core of their team – starting with the experienced Laura Shanahan.

Player-coach Stef Collins will once again lean on the guard to help spearhead the team’s campaign, with Shanahan having racked up almost 30 minutes per game last season in the WBBL Championship.

The Welsh international is also thrilled to be pulling on a Cardiff vest again having kept up her fitness and skills during the off-season with National Team camps facilitated by Basketball Wales.

She stated: “I’m really happy to be returning to the Archers for another WBBL season. We have a good core of the squad returning, so with some new additions as well, it will be exciting to build from the positive end we had to last season.

“It’s been great being involved with the national team over the summer and it’s encouraging that Karen Burton and the coaching staff are putting together regular camps throughout the season.

“Being the only Welsh team in the WBBL, the national team involvement is great because it provides a pathway for the age group teams to aspire to and to understand the level of commitment required to compete at the highest level in the UK,” added Shanahan