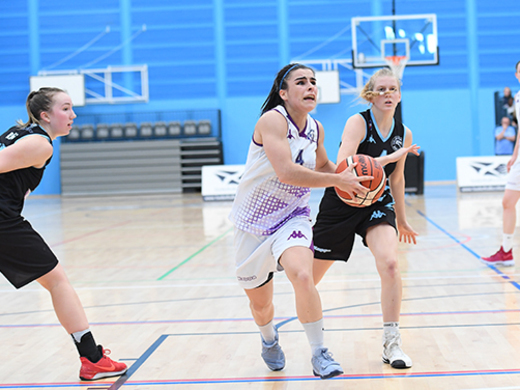 From one capital city to another

Robyn Lewis can’t wait to get started at Cardiff Met Archers after the Scottish guard agreed to move to Wales from Caledonia Pride.

Having also featured in the WBBL with Leicester Riders, the playmaker is well versed in the demands of the league and is looking forward to a new chapter.

“I’ve had a great few years at Pride and feel the programme has created a great platform for women’s basketball in Scotland,” stated Lewis.

“I’m beyond proud to have been a part of that journey and I’m sure it will remain one of the most special parts of my basketball career.

“Throughout my two years in Edinburgh I have been surrounded by great coaches and team mates and feel I have grown as a player especially within a leadership role.

“Having just completed my masters and looking to move into employment I felt it was time for a change.”

The lure of playing alongside a Great Britain legend was also a major pull for the guard.

She said: “As one of my biggest role models, Stef Collins was a big part of my decision to join Cardiff as I feel I will be able to learn a lot from her. When I went down to visit, the girls were all really welcoming and I liked the team atmosphere. It just felt like a good fit for me as a next step.

“I’m excited to become an Archer. It’s a new challenge and I feel that we have the potential to do really well this season.”

Meanwhile Collins herself stated: “We are very excited to have Robyn join us here at Archers, she is the type of player who will provide a big spark for us in the way she can create tempo at the offensive end and a defensive catalyst at the other.

“I’ve always admired her commitment to developing and she has grown into a great player from her time with Riders and Pride. I look forward to working and playing alongside her – she will be a fabulous addition to our programme,” concluded the Archers’ player-coach